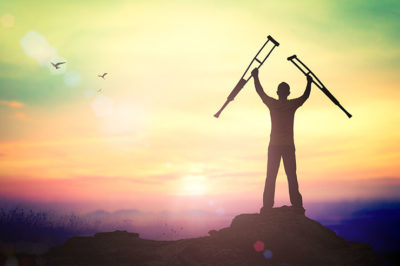 Some people with serious, medically incurable illnesses recover unexpectedly. People with cancers, multiple sclerosis, scleroderma, Crohn’s Disease, fibromyalgia, and many other diseases have returned to health – with no conventional medical explanation for how they managed to do so.

Modern medicine has occasionally reported the occurrence of these “spontaneous remissions” but has not delved into them to explain how people recover without medical interventions.

Remarkable recoveries have held great interest for me for nearly three decades. My initial focus was on remarkable improvements produced by spiritual healing, as in Therapeutic Touch, Healing Touch, Reiki, Qigong, Traditional healing interventions (e.g. Native American ceremonial healings) and Prayer Healing. These often have been labelled ‘miraculous’ healings in the popular press.

Healers with strong gifts of healing may find them occurring too regularly in their practices to label them as such. In Healing Research, Volume 1, I review extensive scientific research (Popular Edition and Professional Supplement) and anecdotal reports (Popular Edition) confirming that these remarkable recoveries occur with spiritual healing.

Conventional medicine views such unusual recoveries from illness as ‘spontaneous remissions,’ brought about by unknown processes of recuperation of the human organism. I have also thoroughly researched the vast potentials of human capacity for self-healing in Healing Research, Volume 2 (Popular and Professional editions). To some extent, all healings, by any modality, must involve activation of self-healing potentials and abilities.

I was excited in 1993 to find an annotated bibliography of 3,000 reports of spontaneous remissions, gathered from 3,500 references in over 800 journals in 20 different languages by Brendan O’Regan and Caryl Hirshberg, titled ‘Remarkable Recoveries’. I found this collection utterly fascinating. There were tantalising medical notes on remarkable spontaneous recoveries from cancers, skeletal deformities, hormonal abnormalities, and hundreds of other types of physical problems.

However, these reports never included any in-depth considerations of psychological or spiritual issues that might have contributed to the unusual remissions from diseases – that in many cases were expected to be fatal; and conversely, reports from psychological literature rarely included medical details or documentations of the associated physical problems.

The situation has actually worsened in the years since the publication of this annotated bibliography. When I trained in medicine in the 1960s at the University of California, Los Angeles, we had a department of Psychosomatic Medicine. When people had physical symptoms combined with psychological symptoms, or when physical symptoms could not be explained by physical or laboratory examinations, a consultation from this department would often uncover stresses and psychological mechanisms that could explain the unusual symptoms. Psychotherapy could then often relieve the problems.

Here is a typical example of the problems addressed by the doctors in Psychosomatic Medicine, in this case as a psychiatric consultation to the Neurology Department.

‘Tom,’ a 40 year-old married factory worker, was admitted for evaluation of weakness in his right hand and arm that were making it impossible for him to perform at his usual level of competence on the assembly line. Neurological examination was normal, with the exception of weakness in the muscles of his right hand, arm and shoulder. No peripheral nerve or muscle damage, no spinal or brain lesion could be identified. Psychosomatic consultation revealed that the weakness in this very meek and mild-mannered man had started following an uncharacteristic, major argument with his wife. In short, this was found to be a psychological weakness produced by Tom’s unconscious mind to help him control the angry impulses he had been feeling, with a wish to strike his wife. The symptom also served to punish himself for having had this impulse. Brief psychotherapy resolved the symptoms.

There are no longer any departments of Psychosomatic Medicine in the United States, although the subject is to varying extents included in medical school curricula under headings such as Behavioral Medicine or Bio-Psycho-Social Medicine. This is a measure of how much further Western medicine has distanced itself from awareness of the mind-body connection. A Google search turns up only references to European and Japanese listings for Psychosomatic Medicine.

The on-line International Journal of Healing and Caring (IJHC) is undertaking to publish reports on recent, medically documented reports of Remarkable Recoveries. We believe that the life stories of people who have experienced these dramatic improvements in their illnesses can teach us ways to facilitate recoveries in other people with similar problems.

There are many avenues through which such transformations may occur. Wholistic healing addresses body, emotions, mind, relationships (with each other and the environment) and spirit. Each and every one of these levels of our being can contribute to health and illness. Research in wholistic healing confirms that addressing these multiple levels can relieve many illnesses (Healing Research, Volume 2). Remarkable recoveries can add much to our understanding about the relationships of each of these factors to our physical health as well as to every level of our being.

Many factors have contributed to this over-focus on the physical body. The advances in high-tech diagnostic procedures, and the enormous investments in pharmaceutical and surgical interventions have led to increasingly mechanistic approaches to assessing and treating illnesses. We have been sold on the ‘quick fix’ that chemical interventions can offer for physical symptoms. Our successes in these areas have led to several generations of distancing ourselves from the other aspects of our being. This is particularly true in the light of increasingly detailed medical focus on various parts of the physical body – to the increasing neglect of the person who inhabits that body.

Few doctors have more than a cursory training in psychological issues contributing to health and illness. Many psychiatrists today are trained in programs where psychotherapy is an elective, and many of the trainees see little relevance of this subject to their prescription of psychoactive medications.

Subspecialisation is another factor in the distancing of awareness of factors beyond the body that contribute to illnesses. Over several centuries, Western society has assigned care of the body to physicians; of the spirit to clergy; and in the past century, of the emotions, mind, and relationships to various subspecialising therapists in the mental health fields. Each speciality tends to work in varying degrees of isolation from the others. Within this system, care seekers have become used to thinking of physical problems as being only physical in their roots and causes.

These splits often can be bridged fairly readily – between body on the one side and emotions, mind, relationships and spirit on the other. My work with people who have physical pains of all sorts has taught me that the average person can reconnect with psychological and spiritual issues contributing to their symptoms. This is true even when the pains have been present for decades and even when the pains have clear physical causes.

People who have remarkable recoveries often credit the spiritual dimensions of their awareness and beingness for providing strength, inspiration and transformative energies. In all my years of searching, I found only one publication that documents the medical evidence for remarkable recoveries through spiritual healing (of Kathryn Kuhlman). This is by a physician, Richard Casdorph, who documented the evidence of amazing physical changes produced by spiritual healing, including in his reports the medical examinations, laboratory tests and x-rays (The Miracles, 1976).

There are many psychological processes that have led us to distance ourselves from awareness of some of the factors and issues beyond the physical body that may contribute to physical illness. In distancing ourselves from those aspects of ourselves that are not physical, we have reached a place where mind, emotions, relationships and spirit are increasingly unfamiliar to many of us – especially as they relate to physical symptoms and illnesses. Anything that is unfamiliar is easy to reject, especially if it were to require us to re-evaluate our basic beliefs about ourselves.

For many people it is far easier to distance themselves from that which is unknown, and therefore beyond their understanding, than it is to explore a change of their beliefs and explanations for the world – within and outside themselves. I believe it is this distancing of oneself from the unknown that has led us to reject and ignore the challenges that remarkable recoveries pose to our understanding of mechanisms of health and illness.

1. Ellen Marie Schweickart shares her truly awesome odyssey of pioneering ways to successfully deal with her advanced case of scleroderma, which is considered a medically untreatable disease. Ellen’s symptoms began in 2001. She was advised by the eligibility doctor who assessed her for disability in 2003, “I am so very sorry to have to tell you this but you are suffering from a horrible, painful, debilitating autoimmune disease for which we have no known cure and at the rate of your progression you will not survive more than two years. I suggest you go be with your loved ones and do whatever you have always wanted to do, perhaps travel to Antarctica.”

With dogged persistence, Ellen sought all the information she could gather on possible contributors to her symptoms of skin thickening to the point of limiting mobility, pain, weakness, difficulty swallowing and more. Working her way through removing allergens, dietary changes, and other approaches, she was able to slow the progression of her disease. It was when she started using Emotional Freedom Techniques (EFT) that the progression of her symptoms was halted and then reversed. Ellen is now close to completely free of her scleroderma.

Lest you think that this is an isolated case of a person blessed with extraordinary physiological and/or psychological capabilities, Ellen shares a brief report from Katie, another woman with scleroderma, which was so advanced that she was on renal dialysis. Katie’s disease has similarly been reversed using EFT plus other approaches.

A word of caution, however, to readers who may have the same or similar problems. Some of the treatments Ellen used included medications without the supervision of a doctor.

2. Patsy Anthony-Green suffered from Crohn’s Disease, which produces inflammation for unknown reasons in the lower end of the small bowel, extending sometimes into the large bowel. Her Crohn’s was so severe she had to have the affected portions of her bowels surgically removed. Despite careful adherence to dietary restrictions, her intermittent symptoms continued to plague her periodically. By using EFT, Patsy has been able to halt her Crohn’s disease.

Patsy Anthony-Green also suffered from pains in her knee over several decades, following a ski injury. An MRI showed severe deterioration of the cartilage in that knee. Patsy also cured herself of pains in her knee using EFT.

3. Gary Craig, founder of EFT, reports on success in treating Sally, a 51 year-old woman, six years after she had suffered a Traumatic Brain Injury (TBI) in an auto accident. Sally had severe unsteadiness in walking and suffered from inability to tolerate intense or complex stimuli, such as many people talking in a room, or even walking along a carpet with a ‘busy’ pattern. In a single session of EFT, Sally was cured of her unsteadiness, and in further sessions her sensitivity to complex stimuli was markedly reduced. The EFT treatment was tracked by Donna Bach, ND and Gary Groesbeck, BCIAC with a Mind Mirror III electroencephalograph, which demonstrated interesting changes as Sally’s condition improved. Participating in organising this report, I weigh in with the observations that while it is unclear whether diagnostically it was brain trauma that was reversed or whether it was a post traumatic stress disorder (PTSD) causing these symptoms that was alleviated, the fact is that Sally’s condition was dramatically improved.

When we come back to fuller awareness of the interconnections between all levels of our being, then remarkable recoveries can happen. Some would call these ‘miracles.’ I believe that our sense of something being miraculous is just a commentary on our unfamiliarity with the mechanisms that underlie the event.

This article was published in New Dawn Special Issue Vol 12 No 4.
If you appreciate this article, please consider a contribution to help maintain this website. 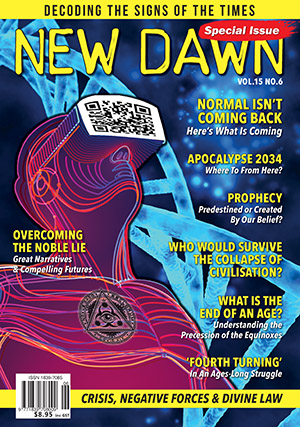