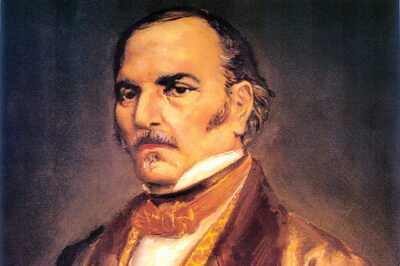 In Allan Kardec’s The Spirits’ Book, which is considered by many to be the bible of Spiritism, the characteristics of “impure spirits” are listed. They are “inclined to evil,” it says, and “give to men perfidious counsels, stir up discord and distrust, and assume every sort of mask in order the more effectually to deceive.” According to Spiritist doctrine, moreover, “imposition is one of the distinctive characteristics of bad spirits. They command and want to be obeyed. The good never impose.”

Most people know about the religious movement Spiritualism, which flourished in Europe and America from the 1840s to the 1920s, and whose followers believed, and still believe, that the spirits of the dead can be contacted by mediums. But few of us in the English speaking world are familiar with the philosophical doctrine Spiritism, which was established in France in the mid-nineteenth century. An offshoot of Spiritualism, Spiritism began with the aforementioned Frenchman Allan Kardec, whose real name was Hippolyte Leon Denizard Rivail.

Born in Lyon, France, in 1804, Rivail was educated at the distinguished Yverdon Institute in Switzerland, a school founded and run by the famous educational reformer J.H. Pestalozzi. Rivail was so influenced by Pestalozzi and his revolutionary teaching methods that he decided to become a teacher too, eventually establishing his own school in Paris, which, unfortunately, he was forced to close down after just eight years, due to financial reasons. But Rivail’s career as an educator didn’t end there. He wrote textbooks on French grammar, mathematics and educational reform, and also taught free courses in the sciences. Possessed of a great intellect, he apparently spoke six languages. By the early-1850s, writes British parapsychologist Guy Lyon Playfair, Rivail had become “well-established as a progressive, free-thinking writer and educator.” British author Colin Wilson describes him as “a kind of universal educator, willing to dispense knowledge on any and every topic.”

Being, in Anna Blackwell’s words, “unimaginative almost to coldness” and “a close, logical reasoner,” it’s little surprise that Rivail’s initial reaction to the Spiritualist ‘table-turning’ craze was one of scepticism. Originating in 1848 with the Fox sisters in Hydesville, New York, the exciting phenomenon quickly spread to Europe. Almost everyone, it seems, were conducting séances in their homes, communicating with the spirits of the dead with the use of a table.

In 1854, while discussing the subject with a friend, Rivail remarked, “I will believe it when I see it.” He attended his first séance about a year later, and was greatly impressed by what he witnessed, which not only included table-turning, but also a demonstration of automatic writing. “I glimpsed,” he explains, “beneath the apparent frivolities and entertainment associated with these phenomena something serious, perhaps the revelation of a new law, which I promised myself I would explore.”

Rivail was later introduced to a Mr. Baudin, who held weekly séances at his home. Present at these sessions were his two daughters, both of them excellent mediums. The methods they used to communicate with the ‘spirit world’ were that of table-turning and planchette writing. Because the girls were frivolous and not the sharpest crayons in the box, so to speak, and because mediumship works on the principal that ‘like attracts like’, nothing particularly special was obtained from these communications – except, of course, when Rivail was present, who appeared to have acted as a ‘beacon’ for wise and knowledgeable spirits.

No longer were the spirit communications of a banal and superficial nature. The spirits began to talk philosophy of “a very grave and serious character,” and Rivail used the opportunity to ask them the most penetrating questions he could think of. He came to each session with a list of new questions. Examples include, “What is God?”, “Do spirits foresee the future?”, and “Is it possible for man to enjoy perfect happiness upon the earth?” Their answer to the first question was simple yet elegant. God, they said, is “the Supreme Intelligence – First Cause of all things.” Rivail, by the way, was not a medium himself, and thus he relied on others to act as his ‘telephone line’ with ‘the other side’.

Another group of researchers, no doubt as earnest and sincere as Rivail and his colleagues, also conducted numerous ‘question and answer sessions’ with apparently wise and knowledgeable spirits, collecting, in the end, over fifty notebooks full of compelling material, which they ended up handing to Rivail. He added it to the other communications he had obtained himself. Overall, the information seemed entirely logical, and possessed an impressive inner-consistency. That it had a profound impact on Rivail, spiritually, intellectually and philosophically, is proven by the following statement, which he made to his wife: “My conversations with the invisible intelligences have completely revolutionised my ideas and convictions. The instructions thus transmitted constitute an entirely new theory of human life, duty, and destiny, that appears to me to be perfectly rational and coherent, admirably lucid and consoling, and intensely interesting.”

After two years of scrutinising the material, Rivail decided that it might be a good idea to collate, edit, and publish it. When he asked his ‘spirit communicators’ what they thought of the notion, they replied in the affirmative, giving him specific instructions as to how he should go about it: “To the book… you will give, as being our work rather than yours, the title of Le Livre des Espirits (The Spirits’ Book); and you will publish it, not under your own name, but under the pseudonym of Allan Kardec.” (‘Kardec’ was an old Breton name in his mother’s family.)

Rivail spent a considerable amount of time organising and verifying the communications. He only wanted to publish the best and most credible material – credible in the sense that the information could be confirmed by a number of different ‘sources’, and that it fitted in with the overall ‘theme’ of the work. If he wasn’t satisfied with the answer to a question – perhaps because it conflicted with the rest of the information he had collected – he would submit the question again, sometimes to a different medium than the one he had originally consulted. Rivail’s method, although not perfect, was certainly far more credible than that of most people who receive communications from the ‘spirit world’, who are often willing to believe almost anything they’re told.

The Spirits’ Book was finally published in 1857, causing quite a stir. It was so successful, in fact, that a second edition, containing additional material, was printed the following year, and the name Allan Kardec became known all over France. That its ‘author’ was a respected intellectual – and not the sort of person one would expect to publish such material – astonished the public. Almost everyone was able to find something of value in the book, even those of a scientific disposition, as it deals with such a wide range of topics, and in a very intelligent and enlightening manner. According to Steve Hume in an article that appeared in The Noah’s Ark Review, the French working classes took to Spiritism the most, “perhaps for the simple reason that the spirits had nothing good to say about the inequity that was, and still is, inherent in human society.” He points out, for instance, that the Spiritist teachings utterly condemn selfishness; proof of this can be found in The Spirits’ Book, which reads, “it is from selfishness that everything evil proceeds. Study all the vices, and you will see that selfishness is at the bottom of them all.”

Few can deny that The Spirits’ Book is an impressive piece of work, and that much food for thought can be found within its pages. One might describe it as an attempt to answer many of the ‘big questions’. As well as the nature of God, some of the topics it covers include ‘reincarnation’, ‘spirits and their relations with man’, ‘spiritual advancement’, and ‘the structure of the universe’. Some of the information is ahead of its time. On the topic of ‘universal space’, for instance, we are told than an absolute void does not exist in any part of space, but that “what appears like a void to you is occupied by matter in a state in which it escapes the action of your senses and of your instruments.” It’s exciting to think that ‘quantum field theory’ (QFT), which postulates the existence of a ‘quantum vacuum’, did not originate until the 1920s – more than half-a-century after the publication of The Spirits’ Book. According to QFT, in article available on Wikipedia, “the vacuum state is not truly empty but instead contains fleeting electromagnetic waves and particles that pop into and out of existence.”

In addition to The Spirits’ Book, also written – or, in Rivail’s words, “compiled and set in order” – under the name of Allan Kardec are four other fundamental works. They include The Mediums’ Book, The Gospel According to Spiritism, Heaven and Hell, and The Genesis According to Spiritism. All five books – known collectively as The Spiritist Codification – were published before Rivail’s death in 1869. Playfair describes them as “the clearest and most comprehensive survey of the invisible world yet written.”

The major difference between Spiritualist doctrine and Spiritist doctrine is that the latter advocates reincarnation, while the former does not. This had the effect of dividing the two movements. Automatic writing was the type of mediumship most favoured by Rivail, who considered it among the most safe, describing it as a method “by which the spirits best reveal their nature, and the degree of their perfection or inferiority.” The Spiritualists, on the other hand, were, and still are, fond of practising trance mediumship, while most of their mediums – or, rather, the spirits speaking through them – mentioned nothing at all about reincarnation. For this reason, explains Wilson in his book Poltergeist!, “Rivail was inclined to be critical about trance mediums, while the trance mediums and their followers denounced Rivail as a dogmatic old man.”

Following Rivail’s death, interest in Spiritism almost completely died out in France and other parts of Europe. It eventually spread to Brazil, attracting millions of followers. According to the last IBGE census data, in Brazil more than 4 million people declare themselves “Kardecist Spiritists.” Much like the Salvation Army volunteers, Brazilian Spiritists are known for their inspiring humanitarian efforts, and, according to Playfair, “have carried out some of the most impressive social welfare projects to be found anywhere.”

When approaching the world of the spirits, it is worth keeping in mind what is said in The Mediums’ Book by one of its non-physical authors:

“Repel all spirits who counsel exclusiveness, division, isolation. Such spirits are always vain and shallow; they impose on the weak and credulous by exaggerated praises, in order to fascinate and to domineer over them. They are generally spirits who, having been public or private despots while on earth, still desire to have victims to tyrannise over after their death.”

This article was published in New Dawn Special Issue No 5.
If you appreciate this article, please consider a contribution to help maintain this website.