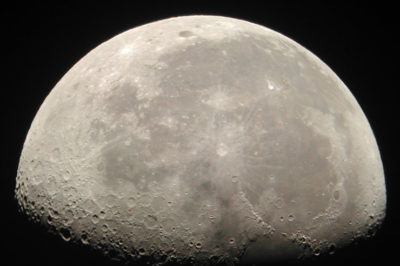 Probably no heavenly body has received as much attention down through the ages as our Moon. The causes of this fascination are obvious: the Moon enlightens the night and appears as a remarkable and large object in the sky. As a regulator of Earth’s tides and life’s biological cycles, the Moon’s importance to our physical existence is second only to that of the Sun.

Sacred scriptures, ancient myths, and even modern day pagans, all exalt the Moon in one way or another. Omens, spells, wishes, oracles, divination, and calendars cluster around it throughout history. Moon magic, the belief that working rituals at the time of different phases of the Moon brings about physical or psychological changes, is essential to various pagan and witchcraft systems. Witches in Greek and Roman literature were regularly accused of ‘drawing down the Moon’ by use of a magic spell.

Nevill Drury, a respected authority on mystical and occult traditions, says “traditionally… the Moon has been regarded as a ‘funnel’ drawing on the light of the stars and constellations and transmitting their energies to the Earth.”1

In Western astrology the Moon is said to represent the feeling intuitive nature of the individual as well our deepest personal needs, our basic habits and reactions, and our unconscious. In esoteric astrology the Moon represents attachment to form, and under certain circumstances a variety of limiting conditions are related to the Moon, ranging from blatant materialism to subtler forms of limitation such as debilitating nostalgia, sentiment and regret.

The word “lunacy” – which derives from the Latin for Moon, “luna” – denotes the traditional link made in folklore between madness and the phases of the Moon. Several studies have tried to get to the bottom of this age-old belief. A 1976 report compared 34,318 crimes against lunar cycles. It found offences occurred more frequently during a full Moon. Other research, however, failed to find any firm link between the cycles of the Moon and irrational behaviour.

England’s Lunacy Act of 1842 gave allowances for uncharacteristic crimes committed during the full and new Moon. This law distinguished between the chronically insane and the lunatic. It was argued the lunatic became deranged at these times because of the Moon’s power and thus could not be held accountable for his or her actions.

Interestingly, a study of the Moon’s effect on mental health patients, conducted by the University of Liverpool in 2000, found a significant change at the time of the full Moon, but only in subjects with a diagnosis of schizophrenia.

Whether we are conscious of it or not, the Moon exerts some sort of influence upon our biological and psychological states. But does it go any deeper than this?

The Fourth Way philosophy claims to help individuals cease to be slaves of external and internal influences by building up a core of heightened consciousness. Its ultimate goal is the realisation of the full potential of human evolutionary possibilities. Its founder, George Gurdjieff (1872-1949), frequently spoke of the thoughtless mechanical behaviour of humanity, and was fond of commenting humans are “food for the Moon.”

What did Gurdjieff mean by this phrase? Many interpreted “food for the Moon” as a figure of speech – perhaps Gurdjieff meant we are slave to our mechanical conditioning and feed our baser impulses. But while it can be interpreted in this fashion, Gurdjieff was primarily being literal.

Peter Ouspensky, Gurdjieff’s most famous disciple, lectured at length concerning the Moon’s role in human affairs and its place in the cosmological scheme of things.

Ouspensky said the Moon drives the individual’s mechanical aspects like a pendulum moves the gears of a clock. The degree to which one’s actions are driven by the Moon is proportional to one’s level of contact with higher influences. For people incapable of moving themselves through life by nobler spiritual impulses, the Moon provides a propulsive force. Without this force, mechanical individuals would be passive as puppets without a puppeteer.

In the cosmological scheme proposed by Gurdjieff and Ouspensky, Earth is like a mother to the Moon which is still a fetus in the sense it cannot yet “breathe” on its own, hold an atmosphere, or support life. Someday, the Earth will evolve into a being like the Sun, while the Moon will transform into a second Earth. Humanity was simply a stage in this process.

“The Moon is actually a fragment of this Earth, which must now constantly maintain the Moon’s existence,” Gurdjieff said.2 In that sense, the Moon is like a parasitic thought form. Nevertheless, the equation is balanced because in exchange for the Moon propelling our mechanical movement, we feed the Moon so that it may grow and one day be born as a living planet.

As to how organic life feeds the Moon, Gurdjieff taught that most human beings are mere “slugs” with no souls and that following death their remaining psychic energy is “food for the Moon.” Like a magnet, the Moon draws the fine matter of human souls into it: “Everything living on the Earth, people, animals, plants, is food for the Moon. The Moon is a huge living being feeding upon all that lives and grows on the Earth.”

Only through an intensive effort of conscious evolution – what he called “self-remembering” – was it possible for an individual to escape being eaten by the Moon. “The liberation that comes with the growth of mental powers and faculties is liberation from the Moon.” Gurdjieff always maintained Man is not truly conscious, and his actions are entirely mechanical: “Everything ‘happens,’ he cannot ‘do’ anything. He is a machine controlled by accidental shocks from outside.”

To escape these deleterious lunar influences, Ouspensky said we must “create Moon within ourselves.”3 By this he meant we must develop within a driving mechanism that takes the place of the external lunar influence; in this way we can break free of the puppeteer.

Boris Mouravieff, who was an associate of both Gurdjieff and Ouspensky, formulated an esoteric system for spiritual evolution founded upon the inner traditions of Eastern Orthodoxy and Fourth Way principles. His extensive three volume work, Gnosis, deals extensively with the question of lunar influences and spiritual development.

He concurs with Gurdjieff and Ouspensky on the role of the Moon, but also warns “that organic life functions as a transmitter station sending refined energy to the Moon to assist its growth. Despite increases in the human population and thus an increase in quantity of energy transferred, times of peace do not produce sufficient energy and so catalysts for suffering such as wars and catastrophes arise to sustain the process.”4

Mouravieff and Ouspensky emphasise that despite the hypnotic nature of the Moon and the urgent necessity for individuals to overcome its influence, there is still an important cosmological reason for its existence. If nothing else, the Moon’s unique position in relation to the Earth was paramount in making physical ‘conscious’ life possible.

Together with Henry Steel Olcott, Madame H.P. Blavatsky founded the Theosophical Society in 1875. Theosophy, the “grandmother” of today’s “New Age” movement, tells us the Moon was home to an earlier “life wave” which has since migrated to Earth.

In The Secret Doctrine, Madame Blavatsky states the Moon served a dual purpose in religious rites: “Personified as a female goddess for exoteric purposes, or as a male god in allegory and symbol, in occult philosophy our satellite was regarded as a sexless Potency to be well studied, because it was to be dreaded… But whether male or female…, the Moon is the Occult mystery of mysteries, and more a symbol of evil than of good.”

Perhaps the Moon is identified with evil rather than good because it is now what Madame Blavatsky calls “a dead planet.”

How did this occur? An article by William Quan Judge elaborates: “in a remote period, when there was no Earth, the Moon existed as an inhabited globe, died, and at once threw out into space all her energies leaving nothing but the physical vehicle. Those energies revolved and condensed that matter in space nearby and produced our Earth; the Moon, its parent, proceeding towards disintegration but compelled to revolve around her child, this Earth.”5

To fully appreciate why all this happened, a study of Theosophical cosmology is required, but space does not permit a full explanation here.

Elsewhere in The Secret Doctrine, Madame Blavatsky’s view of the Moon’s relationship to the Earth is similar to Fourth Way thinking:

“The moon is now the cold residual quantity, the shadow dragged after the new body, into which her living powers are transfused. She now is doomed for long ages to be ever pursuing the Earth, to be attracted by and to attract her progeny. Constantly vampirised by her child, she revenges herself on it, by soaking it through and through with the nefarious, invisible and poisonous influence which emanates from the occult side of her nature. For she is a dead, yet a living body. The particles of her decaying corpse are full of active and destructive life, although the body which they had formed, is soulless and lifeless.”

Theosophy differs from the Fourth Way which holds the Moon is not yet ready to sustain life. But they both agree the Moon is vampirising the life forms of Earth.

Are we food for the Moon, or are these warnings the ravings of lunatics? Although modern science tells us we have nothing to worry about, ancient wisdom and folklore paint a very different picture. Ignoring these dangers has perhaps left us wide open, more so when we do not recognise the signs or symptoms of the Moon’s ‘drawing up’ effect.

Whatever the reality, the Fourth Way, Theosophy and all schools of esoteric philosophy have the solution. By overcoming our mechanical tendencies, we strengthen our resistance to the lunar effect, and for that matter all planetary influences. And by “creating Moon” within ourselves – that is, building up our essential self – we not only gain victory over the negative lunar influence, but awaken to a higher level of consciousness.

1.  The Dictionary of the Esoteric by Nevill Drury, Watkins Publishing, London 2002
2.  In Search of the Miraculous by P. Ouspensky, 1949
3. The Fourth Way by P. Ouspensky, 1957
4.  Gnosis II: Study And Commentaries On The Esoteric Tradition Of Eastern Orthodoxy, Book Two, Mesoteric Cycle, by Boris Mouravieff, Praxis Institute, 1992
5.  “Moon’s Mystery and Fate”, Path, June, 1894