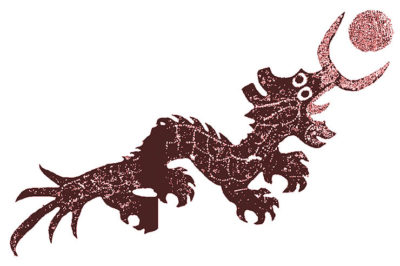 The influence of secret societies on the history of the West is well documented in numerous books and articles. Freemasons figured prominently in the American Revolution and the birth of the American Republic. The French Revolution, with its notions of “Liberty, Equality, and Fraternity,” originated in the radical Masonic lodges. Secret societies have been connected to a range of movements that sprang up around Europe in the eighteenth and nineteenth centuries to defend people’s rights against the abuses of royal and priestly power, and to promote freedom by any and every means.

Secret societies are often viewed as a largely Western phenomenon, but their roots reach deep into the ancient civilisations of the East. While much is written about Europe’s hidden fraternities, little attention has been given to Asia’s secret societies and the important part they played in organising resistance to the violent onslaught of European colonialism. As one China specialist points out, the Chinese secret societies “were closely linked to the struggles which the Chinese people tirelessly waged… against their internal and external adversaries.”1

Secret societies were deeply rooted in Chinese historical reality, and did not divide matters into the spiritual and the mundane. The source of their power lay in their total opposition to the established order: political and religious, social and ideological. The secret societies relied for support primarily upon the oppressed classes of China. They were the authentic expression of popular hostility to China’s harsh imperial authorities and to foreign encroachment. In the words of the Sorbonne professor Jean Chesneaux:

the secret societies constantly threatened the imperial regime in the nineteenth century, formed a powerful part of the tidal wave which finally overwhelmed it in 1911, and reacted strongly to foreign penetration at the end of the nineteenth century as they did to the Japanese invasion in the twentieth.2

Secret societies also emerged in Japan, Korea, Vietnam, and Southeast Asia. Like the societies in China, their mystico-political teachings combined elements of Buddhism, Taoism, and traditional beliefs. All refused to recognise the dominant system and resolutely opposed the humiliations inflicted by the Western powers.

By the late nineteenth century secret society networks in Indochina were struggling against French occupation. Tracing their origins to China, these Vietnamese brotherhoods served economic and social purposes as well as religious ones. A sense of solidarity between members was strengthened by initiation rites drawn from Buddhism and Taoism, and directed by a spirit medium. Resembling Freemasonry in some ways, their elaborate ceremonies were held at night with the blessings of Buddhist monks. As in China these groups had clearly defined political objectives, in this case, the ending of French domination.

In the 1890s members of the Japanese secret society Genyosha (the Black Ocean society) created the Tenyukyo (Society for the Celestial Salvation of the Oppressed) which gave covert support to the Tonghak, a Korean mystico-political group, espousing equality and the dignity of human beings, opposed to Korea’s imperial Yi dynasty.

Founded in the mid 1800s, the Tonghak or Eastern Learning society sought to rally the Korean people against foreign intrusion. The movement’s leader Ch’oe Che-u, after a period of ‘aimless wandering’ reminiscent of a Taoist monk, derived the movement’s ideology from Confucianism, Buddhism, and Taoism. The Tonghak greatly contributed to the development of Korean national consciousness, one of their leaflets proclaiming:

The people are the root of the nation. If the root withers, the nation will be enfeebled… We cannot sit by and watch our nation perish. The whole nation is as one, its multitudes united in their determination to raise the righteous standard of revolt…

At the dawn of the twentieth century secret societies were behind radical nationalist uprisings across Asia. From the Young Turks and Young Persians of the Muslim East to Japan’s Black Ocean society and Chinese Triads, the secret societies provided support networks for Asia’s young revolutionaries.

With Japan’s military victory over Russia in 1905, Tokyo became the centre of a powerful Pan-Asian movement aimed at freeing all the people of Asia from Western domination. One notable founding member of the Black Ocean society was Toyama Mitsuru (1855–1944).

According to historian Richard Storry, Mitsuru “appeared to be the opponent of all established governments in Asia, including that of his own country. Chinese, Indian and Filipino dissidents visiting Tokyo tended to gravitate to his home in Shibuya.” A complex, charismatic, and controversial figure known as the “Shadow Shogun” and “Spymaster Supreme,” Mitsuru became one of the most powerful men in Japan. A master of traditional Japanese brush work, he lived frugally and remained a private citizen all his life.

The Amur River Society (Kokuryukai), later to become notorious in the West as the Black Dragon society, took over the work and traditions of the Black Ocean society in the years leading up to the First World War. Established in 1901 by a Black Ocean society leader and Buddhist monk, Ryohei Uchida, the Black Dragons, with their Pan-Asian vision, had links with the Triads and supported China’s 1911 Republican Revolution. Their agents undertook intelligence gathering operations in China, Korea, Manchuria, Mongolia, Siberia, and established relations with anti-colonialist circles in the Muslim world.

Forming alliances with revolutionaries in Indochina, India, Indonesia and the Philippines, the Black Dragons also had close contact with several Buddhist sects. Throughout the 1920s and 30s the Black Dragon society supported Indian independence activities, providing political and financial assistance to Indian nationalists who looked to Japan as the only Eastern power capable of liberating Asia from the stranglehold of European colonialism. One such Indian nationalist was Subhas Chandra Bose (founder of the anti-colonialist Indian National Army), a correspondent in the 1930s for the influential German journal Geo-political Review, published by Professor Karl Haushofer.

Major General Karl Haushofer encountered the Pan-Asian geopolitics and Buddhist mysticism of Japan’s secret fraternities during his time in Tokyo as the German military attaché. After the First World War, Haushofer became Professor of Geopolitics at the University of Munich where Rudolf Hess (later to become Hitler’s deputy) was his student assistant. Haushofer wrote that, “the struggle of India and China for liberation from foreign domination and capitalist pressure agrees with the secret dreams of Central Europe.” He urged Japan to come to terms with China and the Soviet Union, and consistently advocated an alliance between Germany and the USSR. This would facilitate what Haushofer called the “Eurasian continental organisation from the Rhine to the Amur and the Yangtze [rivers].”

Some researchers are convinced Haushofer, a lifelong admirer of Oriental wisdom, was the emissary of “Unknown Superiors” in Asia, effectively acting as a crucial link between the Eastern secret societies and their European counterparts in the German lodges. The French authors Pauwels and Bergier mention a rumour that Haushofer was initiated into a secret Buddhist society and to have sworn, if he failed in his ‘mission’, to commit suicide “in accordance with the time-honoured ceremonial.” Haushofer, who committed suicide in 1946, is still remembered today by Russia’s Eurasian thinkers because he never reconciled himself to Hitler’s invasion of the USSR. Had the Nazi leadership taken note of Haushofer’s views, the Second World War could have been avoided. No doubt conscious of Haushofer’s remarkable role in hidden history, Anton LaVey, founder of the Church of Satan in the United States, dedicated his infamous Satanic Bible to the German general.

By the start of the Second World War agents of Japanese secret societies, all lumped together by Western intelligence agencies under the name Black Dragons, were operating worldwide from North Africa to the United States. One successful Black Dragon agent in America was Satohata Takahashi. Sent to the US in 1929, Takahashi formed a mystico-political movement called the Society for the Development of Our Own, recruiting several thousand members to his Pan-Asian cause, most of them of African-American, Filipino, or East Asian descent. The “Five Guiding Principles” of the group were “Freedom, Justice, Equality, Liberty, and Honour.”

Through Takahashi the Black Dragon society channelled financial aid to Black Muslim groups in the US. The Moorish Science Temple, founded by Noble Drew Ali in 1913, taught the true origin of Black Americans was “Asiatic.” Another Muslim teacher, Master Wallace D. Fard, the mysterious leader of the Allah Temple of Islam declared, “I’m an Asiatic black man. I have come to America to save my long lost uncle [the Black Americans].” Fard’s chief disciple the Honorable Elijah Muhammad, prophet of the Nation of Islam, told his followers, “It is Japan’s duty to save you; they have been given the power by the Asiatic nation to save you in the West.” Another organisation to enjoy Takahashi’s patronage was the Pacific Movement of the Eastern World, which campaigned for the US to stay out of the war and promoted the Pan-Asian agenda among non-white Americans.

Based on intelligence reports from their agents around the globe, the Black Dragon leadership in Tokyo concluded in 1941 that the United States had secretly started preparing to enter the war against Germany, Italy and Japan. Fearing a surprise American attack on Japanese forces, the Black Dragons urged Japan’s military hierarchy to launch a pre-emptive strike on the US. “The signal for war in the Pacific was given on August 26, 1941, at a session of the Black Dragon Society in Tokyo,” an American author noted in 1944. After the Japanese attack on Pearl Harbor the espionage and sabotage operations carried out by the Black Dragons became legendary.

However, the society’s original mystico-political vision of Pan-Asian solidarity and anti-colonialism had been subsumed in the pre-war years by Japanese ultra-nationalism and militarism. Many Black Dragon members were part of Japan’s industry and government, holding key diplomatic and military posts. With the Japanese surrender in 1945 some Black Dragons in government were charged as war criminals. But the Allied victory in Asia could not extinguish the dream of freedom. Japan had shattered the myth of the military invincibility of Western colonialism. The seeds sown by the secret societies flourished in a new wave of national liberation movements that led the peoples of Asia to independence in the years immediately following the end of the war.

Political Intrigues of Secret Societies in the Modern World

A century and a half ago, the British politician Benjamin Disraeli commented that, “the world is governed by very different personages from what is imagined by those who are not behind the scenes.” In our twenty-first century most people, mesmerised by the electronic media, are conditioned to dismiss the notion that secret societies may be tied-up with political intrigue. Yet Western intelligence agencies frequently rely on clandestine conspiratorial networks in their subversion of foreign governments. British intelligence services have a long history of involvement with underground ‘Muslim’ brotherhood groups actively opposed to the Arab nationalist states of the Middle East. The roots of the recent bloody conflict in the Russian republic of Chechnya can be traced to British intelligence service support of secretive ‘Muslim’ sects in the Caucasus. Many believe the American CIA is currently using a range of quasi-religious cults in clandestine operations aimed at destabilising the People’s Republic of China.

At a time when a shadowy global “war on terror” is used to justify increased government control and the serious erosion of personal freedom, we’d do well to recall the admonition of the Roman poet Ovid: “It is one’s duty to learn from the enemy.” The counterculture novelist William S. Burroughs once suggested the form of the Chinese secret society served as the perfect mode of organisation for marginal groups. Indeed, when the State becomes the oppressor of its own citizens, the only alternative is to disconnect and seek autonomy by any means necessary. The hidden history of secret societies may still have a lot to teach us.

This article was published in New Dawn 92.
If you appreciate this article, please consider a contribution to help maintain this website.

1. Jean Chesneaux, Secret Societies in China in the Nineteenth and Twentieth Centuries
2. Ibid.