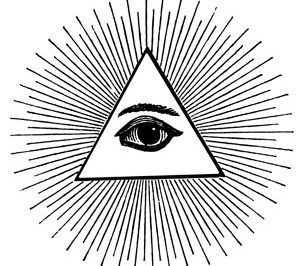 Did Zanoni belong to this mystical Fraternity, who, in an earlier age, boasted of secrets of which the Philosopher’s Stone was but the least; who considered themselves the heirs of all that the Chaldeans, the Magi, the Gymnosophists, and the Platonists had taught; and who differed from all the darker Sons of Magic in the virtue of their lives, the purity of their doctrines, and their insist­ing, as the foundation of all wisdom, on the subjugation of the senses, and the intensity of Religious Faith?
– Zanoni, Sir Edward Bulwer Lytton

The governments of the present day have to deal not merely with other govern­ments, with emperors, kings and ministers, but also with the secret societies which have everywhere their unscrupulous agents, and can at the last moment upset all the governments’ plans.
– British Prime Minister Benjamin Disraeli, 1876

Two very different views of secret societies are revealed in the quotations above. The first describes a spiritual brotherhood pledged to Wisdom and guiding humanity toward the realm of the Infinite; the second seeks to expose the machinations of power-seekers who cloak their manipulative agendas in darkness. In addition to spiritual and political secret societies, one could add criminal secret societies such as the Mafia, or even clandestine elite military units – neither of which will be discussed here.

All secret societies share certain fundamental themes. Membership is restricted to those who have an abiding interest in the subject. Thus, a spiritual group will attract people seeking more knowledge of a particular teacher or type of practice. The student is aware of the subject matter in advance and will approach the group for further instruction. More rarely, an individual may be “tapped” by the group because of a perceived affinity to its purpose.

In a political secret society, membership is restricted to those who share an ideological affinity with the goals the group represents. At the furthest end of the political spectrum, the mission will be revolution. Such a society will go to great lengths to defend itself. Generally there will be small semiautonomous cells working in overall concert but with cut-outs introduced at all levels to pro­tect other members from exposure or betrayal. This type of society is represented by a contemporary group such as al-Qaeda. The infamous Weathermen of the 1960s and 1970s had a sim­ilar structure. The clandestine revolutionary model was developed and perfected by Hasan-i-Sabah, leader of the Nizari Ismaili Order of Assassins between the late 11th and early 12th centuries.

On another political plane are ideological groups such as the Council on Foreign Relations, or participants in the World Economic Forum. Here we find leaders in politics, business, finance, education, and the media who may share a belief in the value of global solutions; are in high positions of authority and influence; and represent different levels of involvement with the inner circle of the group. Most members simply welcome the opportu­nity to associate with other well-known luminaries and are honoured by being offered membership or attendance privileges. Yet, the ideology at the highest levels of such groups supports a world government – to be adminis­tered by a class of experts and planners, entrusted with running centrally organised social and political institu­tions. Although members may be persuaded to add their considerable voices to certain transnational political and economic policies, they may not be as supportive (or even aware) of the long-range ambitions of the inner circle. While these groups quite often hold their meetings in secret, their membership lists are a matter of public record. It is the central agenda that is disguised.

Adam Weishaupt founded the Bavarian Illuminati in 1776. The Illuminati are perceived by many as spanning the chasm between the spiritual and the political secret society. Often credited (or blamed) for influencing the French Revolution in 1787, the Illuminati taught a doctrine of social and political liberation that hinged on the equal­ity of man, the embrace of rationalism, and the denial of crown and church as the legitimate institutions for the regulation of social and moral values. The bitterness of life in Europe at this time – when church and state monopolised resources and often acted in an irresponsi­ble manner toward the citizenry – created widespread resentment among all classes. While the views of the Illuminati may sound quite advanced for the time, the European revolutions they are believed to have encour­aged degenerated into brutal bloodbaths whose singular lack of moral compass was appalling.


This article was published in New Dawn Special Issue Vol 6 No 6.
If you appreciate this article, please consider a contribution to help maintain this website.