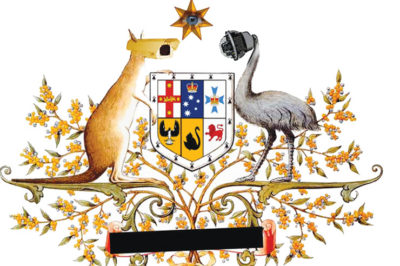 Australia has ushered in a host of ‘pre-crime’ surveillance measures over the last decade that permit the state to closely monitor society and restrain individuals based on ‘anticipated future harm’ rather than past or present wrongdoing.

An unprecedented raft of legislation has whittled away freedoms and expanded spying by secretive police and intelligence networks in Australia. The absence of a national bill or charter of rights, warns ETHAN NASH, further imperils individual freedom.

In the years since the events of 11 September 2001, Australia experienced significant shifts in traditional legal frameworks. The federal government’s ‘hyper-legislative’ response to the ‘war on terror’ has proven to be only the beginning of that shift.

Through the interplay between law and order policy platforms in the states, territories and courts, Australia witnessed a multi-dimensional normalisation of mass surveillance in new contexts.

Once a novel and exceptional measure, this system has now been implemented in every state and territory. This worrying development has unfolded parallel to the proscribing of organisations as criminal or terrorist and the use of secret evidence in judicial proceedings.

Even the process by which new powers are enacted, particularly the rhetoric supporting the rapid passage of many provisions, has been replicated across jurisdictions.

The ‘war on terror’ has become a war on freedom.

These activities are all maintained by a network of hidden government intelligence elements.

While the daily activities of Australians are overseen by federal agencies such as police and government departments, unbeknown to most, the country has six primary intelligence organisations that exist in a realm of secrecy beyond the scope of scrutiny.

These organisations regularly engage in domestic and international intelligence operations and enjoy unfettered reach when conducting surveillance activities in Australia.

For example, unlike the Central Intelligence Agency (CIA), US National Security Agency (NSA) and Federal Bureau of Investigation (FBI), as well as other overseas entities, ASIO is exempt from Freedom of Information requests from the public.1

This networkhas established a spider web of operations, with disclosures over the years revealing major spy programs in multiple facilities across the country.

Pine Gap, approximately 18 kilometres south-west of Alice Springs, is partly run by the CIA, NSA and the US National Reconnaissance Office (NRO). The facilities at the base consist of a massive computer complex with 38 radomes protecting radio dishes and over 800 employees.

A long-term NSA employee at Pine Gap, David Rosenberg, revealed in his book Inside Pine Gap: The Spy who Came in from the Desert, that the chief of the facility was a senior CIA officer.

This group of agencies continues to grow in size and power each year that passes.

“We’ve already taken some pretty dangerous steps in this country towards the surveillance state, and not that many of us are either interested or aware that it’s going on, including people like me who should know better… Our friend and ally the United States is transitioning quite rapidly into an authoritarian state.”
–  Scott Ludlam, speaking when he was a Senator in 2012

From beginnings as spies in the Cold War, Australia’s intelligence community developed over the last century to become a behemoth with technical capabilities rivalling their international counterparts.

ASIO’s special powers, under warrant, allow the Organisation “to enter and search premises, intercept and examine items in the mail, install and monitor surveillance devices, monitor telecommunications, and remotely access computers.”3 Citizens can be legally detained up to seven days for questioning by an ASIO officer.4

In 2013, Edward Snowden leaked the most significant archive of classified intelligence documents in US history since the Pentagon Papers.

Amongst the revelations of spying and ‘Orwellian’ surveillance overreach, the documents revealed that Pine Gap, amongst three other locations in Australia and one in New Zealand, contribute to the NSA’s global interception and collection of internet and telephone communications. Journalist Brian Toohey, an expert on intelligence and national security matters, and author of the new book Secret: The Making of Australia’s Security State, states that Pine Gap intercepts electronic communications from Australian citizens including phone calls, emails and faxes as a consequence of the technology it uses.

“It’s a reasonable deduction that the DSD [now the Australian Signals Directorate, called Defence Signals Directorate until 2013] is doing exactly the same thing as the NSA because of the bilateral relationship we’ve got,” said Clinton Fernandes, an intelligence analyst and professor of international and political studies at the University of New South Wales.

As a result of this obsession with spying, on a per capita basis, Australian law enforcement agencies are 20 times more likely to intercept telephone calls than in the United States.6 Even before metadata laws were enacted (see below), Victoria Police sought access to people’s phone and internet data at an astonishing 1,200 times a week.7 ACT Policing admitted this year it had unlawfully accessed citizens’ metadata a total of 3,365 times – the tip of an iceberg of unauthorised spying on the general population.

The Australian parliament has responded to the threat of ‘terrorism’ by enacting dozens of new laws that give intelligence organisations greater powers.

In 2011, University of Toronto Professor Kent Roach famously described Australia’s kneejerk response as one of “hyper-legislation.” Another expert, UNSW Professor George Williams, calculated that between 9/11 and the end of the Howard federal government in 2007, a new ‘anti-terror’ law was enacted on average every 6.7 weeks.8

The scale and pace of the enactment of laws and the impact of these measures on our legal system has realigned our whole approach due to the extensive new powers granted to government and the subsequent deterioration of fundamental freedoms.

Starting in 2014, existing powers were overhauled and expanded in three tranches of legislation, allowing the state to further violate personal freedoms and liberties in the pursuit of broadened ‘safety’ and ‘security’.

The first instalment of legislation introduced in 2014 gives ASIO officers greater power to access computers, computer systems and computer networks. There is no limit on the number of computers that can be accessed if a warrant is issued. Legal experts warned this extremely broad power could theoretically permit ASIO to monitor the entire internet.9

The National Security Legislation Amendment Act (No 1) 2014 also allows ASIO to define any activity as a ‘Special Intelligence Operation’. This means any operation conducted under the definition exempts ASIO officers from civil and criminal liability.10

Furthermore, the bill introduced prison penalties for journalists if they report on ‘Special Intelligence Operations’.11 And not just journalists, but any person who shares or republishes this material. In addition, harsher penalties were put in place for intelligence whistleblowers who take documents or records and disclose them. This clause has left national security reporting stagnant across the country.

According to Brian Toohey: “No major party seems bothered by the use of new surveillance technology that allows governments to detect contact between journalists and their sources, effectively denying whistleblowers the opportunity to reveal abuses of power and criminal behaviour.”

This second bill expanded the 2005 Howard-era preventive detention and control order regime. These are highly controversial because they allow people to be subject to police restrictions or detention without charge and with limited judicial oversight.

This legislation introduced a new offence of “advocating terrorism.” A person violates the new law if they “intentionally counsel, promote, encourage or urge the doing of a terrorist act or the commission of a terrorism offence.”

The amendment broadened the range of circumstances where control orders can be sought, including restricting the movement or associations of people by enforcing a 12-hour curfew period that forces people to stay in a given location for a maximum of 12 hours in every 24 hours.

The bill also enables the prosecution of people who intentionally enter a “declared area” in a foreign state when the Australian government has determined they “are engaging in hostile activities.”

The third major reform that caused the most outrage required all telecommunications providers operating in Australia to retain users’ data for up to two years.

Such data retention schemes have been subjected to much debate, with civil liberties groups saying it is the first step in the systematic erosion of privacy online.

In the 2013-2014 financial year, there were over half a million disclosures of metadata to various agencies including Centrelink, the Tax Office, Australia Post and traditional policing agencies. Australia’s data retention regime is one of the most comprehensive and intrusive collection schemes in the Western world.

Since the overhaul, metadata from our phone calls, text messages, emails and internet activity is now tracked by the government and accessible by intelligence and law enforcement agencies.

Metadata – or data about data – can be highly revealing and provide a comprehensive depiction of our daily activities, communications and movements.

Most Australians would be unaware that numerous organisations other than federal, state and territory police and security agencies such as ASIO can get access to this information, including agencies that collect government revenue, for example, the RSPCA, the Australian Crime Commission, the Australian Tax Office, Centrelink, Medicare, Australia Post, the Australian Fisheries Management Authority, local councils and foreign law enforcement agencies.12

Highly concerning is the fact that more than 100 federal, state and local government agencies are known to be accessing metadata despite not being among the list of enforcement agencies included in the data retention legislation.

Metadata is broad in scope and tells more about us than the actual content of our communications. Any claims that data retention laws do not seriously compromise our privacy should be considered naïve, ill-informed or dishonest.

In the five years since the passing of these bills, 19 more anti-terrorism laws have come into effect. That brings the total number enacted by parliament to 82 since 11 September 2001 – with further bills either currently before parliament or about to be introduced. This staggering number of laws far exceeds the volume in the United Kingdom, Canada and even the United States.

Following consultations with a range of international and domestic companies about the proposed reforms, the Telecommunications and Other Legislation Amendment (Assistance and Access) Bill 2018 passed despite much criticism from privacy advocates and technology experts all over the world.

Under the new law, companies can be forced to reveal technical characteristics of digital systems that could help intelligence agencies exploit weaknesses that have not been patched.14

The legislation empowers law enforcement and spy agencies to compel companies to a long list of potential requirements including: removing one or more forms of electronic protection, providing technical information, facilitating access to services and equipment, installing software, modifying technology, and concealing that the company has done any of the above.15

The new measures force communications providers to work closely with government agencies so they can gain access to a target’s data. Internet Service Providers and alike are compelled to create new interception capabilities so all communications data – including encrypted data – is accessible to law enforcement and intelligence agencies.

For all intents and purposes, providers are coerced into building backdoors into their encryption platforms, despite authorities continuing to deny this is the case.

Experts assert there is no way a backdoor can be built to access encrypted communication that doesn’t result in “systemic weakness.”

The above developments underline the shift in Australia from constitutional values to draconian legislative incursion. Without protections for liberty in the Constitution, which only guarantees a handful of rights, we rely on the state’s respect of implied freedoms based on common law.

Privacy groups have repeatedly warned against the dangers, arbitrariness and abuses of these laws by governments to stifle freedom of expression. In many instances, the legitimate exercise of freedom of speech has been criminalised.

In the broader context, the Australian experience now serves as a cautionary tale for the rest of the world, with the potential for measures to lead to new extremes within a relatively short period.

Australians must stand up against those forces which continue to push for more legislation that erodes our long-recognised freedoms and rights to speech and liberty.

This article was published in New Dawn 177.
If you appreciate this article, please consider a contribution to help maintain this website.