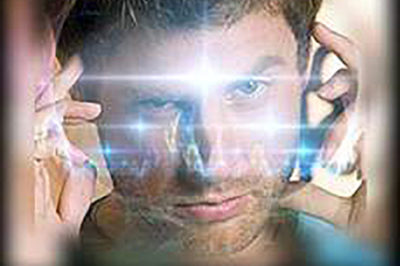 Telepathy is real. Thoughts have wings. Of this I am certain. It is a shame that telepathy, direct mind-to-mind interaction independent of the known senses (vision, hearing, smell, taste, touch, balance, and so on), is still shunned and mocked by many people. This despite the extensive studies of telepathy, precognition, and similar mental phenomena, carried out for more than a century by some of the best minds, including Ph.D. scientists and Nobel laureates.1

The basic phenomena of telepathy have been demonstrated over and over again, and even put to practical use. A vast scientific literature on parapsychology (which encompasses the study of telepathy) exists, with specialised journals and societies.2

There is strong laboratory evidence for telepathy, from classic card-calling studies to controlled experiments where an agent inserts material telepathically into a subject’s dreams, through more sophisticated tests for telepathic information transfer in the fully conscious state or at the threshold of consciousness between sleep and waking (hypnagogia).

A large and compelling body of evidence from spontaneous cases supports the reality of telepathy, such as crisis events when a person has telepathic awareness, or even “sees” an apparition, of a loved one experiencing emotional turmoil, pain, suffering, or death. Telepathy and related parapsychological phenomena have been successfully applied to intelligence gathering. Jimmy Carter, 39th President of the United States (1977-1981), testified to their efficacy.

The proven results of these exchanges between our intelligence services and parapsychologists raise some of the most intriguing and unanswerable questions of my presidency… They defy logic, but the facts are undeniable.3

Recently Dr. Daryl J. Bem of Cornell University released the results of nine experiments, involving over a thousand participants, documenting consistently significant positive results for precognition and retroactive influences, important components of parapsychology.4 Despite the overwhelming evidence for telepathy and related phenomena, many scientists do not consider parapsychology a science and, knowing nothing about the subject, feel free to make disparaging statements concerning the field and its practitioners.

At this point I believe it is time to move beyond assuaging the debunkers and scoffers, for no amount of evidence will ever convince some that telepathy is genuine. Let us concentrate on studying the phenomena and unravelling the secrets of telepathy. Thoughts may have wings, but how far can they fly?

Telepathy is often considered independent of distance; that is, thoughts are free to fly as far as they desire. But, is this really the case? There are well-attested instances of telepathy occurring over thousands of kilometres, but to conclude that all telepathy is literally independent of distance is premature. It is extremely difficult to measure the strength of a telepathic signal apart from the delivery of the message (in analogy, an audible message may be received across a room whether yelled or whispered).

A few controlled studies indicate that at least sometimes telepathy may attenuate with distance.5 Attenuation might be expected unless perhaps telepathy is a nonlocal quantum mechanical phenomenon. Possibly there are multiple forms of telepathy: information carried on extremely low frequency electromagnetic waves, information transferred by quantum mechanical means, and information propagated via some other mechanism.

We must also consider the psychological aspects of telepathy. A person may preferentially focus telepathically on the thoughts and emotions of someone who is psychologically “near,” even if far removed in physical space.

There is another, most curious, aspect of telepathy. Telepathic-type phenomena are not limited to the present, but transcend the boundaries of time. Telepathic information can be received from the future and the past, with the proviso that telepathic experiences drop off dramatically as one moves temporally further away from the present.6 Various forms of precognition, such as those confirmed by Dr. Bem, can be explained in terms of telepathic information received from the future, the future agent in some cases being the same person as the receiver (the percipient) in the present. You can receive telepathic information from your future self! Perhaps this sounds strange, but it may just be the way the world is. Indeed, if you think about it, who is closer emotionally and psychologically to you than yourself?

This article was published in New Dawn 124.
If you appreciate this article, please consider a contribution to help maintain this website.