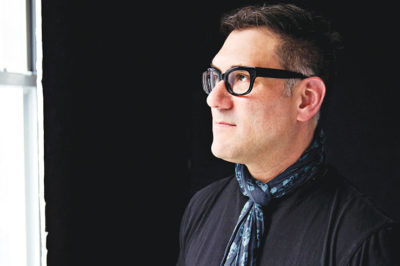 MITCH HOROWITZ was raised in a world of Bigfoot stories, UFO sightings, and Carlos Castaneda books. He grew determined to find the truth behind it all – and today is a PEN Award-winning historian and the author of Occult America and One Simple Idea: How Positive Thinking Reshaped Modern Life.

Mitch cares deeply about outsider spiritual views, particularly with regard to the esoteric, supernatural, and occult. He has written on everything from the war on witches to the secret life of Ronald Reagan for a wide range of publications. The Washington Post says Horowitz “treats esoteric ideas and movements with an even-handed intellectual studiousness that is too often lost in today’s raised-voice discussions.”

“Many academics and journalists simply cannot wrap their minds around the principle that you can study an arcane topic without propagating it,” Mitch noted recently in an on-line article. He continued by pointing out that the “false choice to ‘take it or leave it’ is perhaps the most limiting factor in how people view the world. It makes it difficult to discuss esoteric topics….”

New Dawn magazine asked Mitch to share his thoughts on the theme of Special Issue Vol 11 No 4.

NEW DAWN (ND): What do you mean by the Occult?

MITCH HOROWITZ (MH): The term itself comes from the Latin occultus, meaning secret. It was adopted by Renaissance thinkers looking for a way of discussing the Greco-Egyptian and other pre-Christian teachings being rediscovered and newly translated, particularly the Hermetic literature. The occult, very simply, is the inquiry into an unseen dimension of life whose forces can be felt on and through us.

ND: Why do people often associate the occult with evil, negative powers, satanism and alike?

MH: That is, in many respects, a leftover from the religious struggles of late antiquity when the ascendant church fathers characterised the pagan powers in maleficent terms, associating them with demonology, which the pagan world had never identified with. It’s human nature to depict one’s theological or ideological foes in terms chosen by the victor, and often negatively.

ND: You’ve written extensively about the influence of occult ideas on modern society. Can you share some examples of how the occult has impacted contemporary America?

MH: In many respects, America’s alternative spiritual culture, and much of its self-help movement, had its earliest roots in occult thought. Consider, for example, the widely domesticated idea of “positive thinking.” The notion that thoughts are causative, and that events and circumstance respond to thought, was very much an occult-mystical principle, and it remained so until the late 19th and early 20th centuries, at which time writers like James Allen and Prentice Mulford reframed these ideas in language that drew less upon Mesmerism and related movements, and more upon Scripture. The language of occult and mystical movements has been rendered into terms that prove acceptable to large swaths of the public. Plus, many current mainstream practices, from yoga to meditation to acupuncture, first entered public awareness from the margins of occult subcultures. It is nearly impossible to meet anyone today who does not know their “sun sign” and something about it. That, in a sense, reflects how deeply occult ideas permeate everyday life. 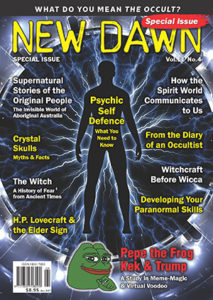 ND: Much media coverage of the occult is either wildly sensationalist or treats the area with disdain and credulity. Why is this?

MH: A great deal of conformity touches all aspects of our society – this is true in almost every walk of life. Educated people and many people in the media are brought up to believe that occult figures like Madame Blavatsky, if they’ve heard of them at all, were carnival-type characters, whose lives hold nothing of interest for serious people. I’m personally very interested in ESP research, and I work hard to get people in the mainstream media to understand this research, which is almost impossible if they rely upon ‘what they’ve heard’, or the top five Google search results. Misunderstanding of the occult is really just a kind of conformity, and this way of thinking touches all of us.

ND: When examining the broad spectrum of ideas and practises categorised as occult, what is the best approach?

MH: I think it is vitally important to have an ethical teaching at your back, whether the Gospels, the Bhagavad Gita, the Talmud, or another ancient ethical source. Without that, it is very easy to get lost.

This article was published in New Dawn Special Issue Vol 11 No 4.
If you appreciate this article, please consider a contribution to help maintain this website.