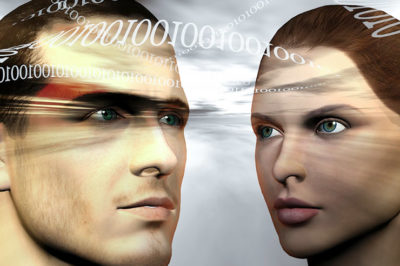 Recently, journalist Steven Volk was surprised to discover that leading skeptical psychologist Richard Wiseman has admitted that the evidence for telepathy is so good that “by the standards of any other area of science, [telepathy] is proven.” Mr Volk goes on to write, “Even more incredibly, as I report in Fringe-ology, another leading skeptic, Chris French, agrees with him.”

Mr Volk might even be more surprised to learn that back in 1951 psychologist Donald Hebb wrote this:

Why do we not accept ESP as a psychological fact? [J.B.] Rhine has offered enough evidence to have convinced us on almost any other issue… Personally, I do not accept ESP for a moment, because it does not make sense. My external criteria, both of physics and of physiology, say that ESP is not a fact despite the behavioural evidence that has been reported. I cannot see what other basis my colleagues have for rejecting it… Rhine may still turn out to be right, improbable as I think that is, and my own rejection of his view is – in the literal sense – prejudice. (emphasis added.)

Four years later, George Price, then a research associate at the Department of Medicine at the University of Minnesota, published an article in the prestigious journal Science that began:

Believers in psychic phenomena… appear to have won a decisive victory and virtually silenced opposition.… This victory is the result of careful experimentation and intelligent argumentation. Dozens of experimenters have obtained positive results in ESP experiments, and the mathematical procedures have been approved by leading statisticians…. Against all this evidence, almost the only defense remaining to the skeptical scientist is ignorance.

But Price then argued, “ESP is incompatible with current scientific theory,” and asked:

If, then, parapsychology and modern science are incompatible, why not reject parapsychology? …The choice is between believing in something “truly revolutionary” and “radically contradictory to contemporary thought” and believing in the occurrence of fraud and self-delusion. Which is more reasonable?

So, here we have two skeptics in effect admitting that if this were any other field of inquiry then the experimental data would have carried the day by 1950.

Like Price and Hebb before them, both Wiseman and French hold that the claim of telepathy is so extraordinary that we need a greater level of evidence than we normally demand. Why should this be so? Most people believe in the reality of telepathy based on their own experiences, and are puzzled by the description of telepathy as “extraordinary.”

It is even more puzzling when surveys show that a large proportion of scientists accept the possibility telepathy exists. Two surveys of over 500 scientists in one case and over 1,000 in another found that the majority of respondents considered ESP “an established fact” or “a likely possibility”: 56 percent in one and 67 percent in the other.

Polls such as this suggest that most scientists are curious and open-minded about psi. This, however, does not seem to be the case in one field: psychology. In the former study only 3 percent of natural scientists considered ESP “an impossibility,” compared to 34 percent of psychologists. In fact, the most prominent skeptics of psychic abilities today – such as Wiseman, French, James Alcock, Susan Blackmore, and Ray Hyman – are psychologists. An exception is biologist Richard Dawkins, but like Wiseman and French, he is also on record as saying the existence of telepathy would “turn the laws of physics upside down.”

But neither Alcock, Hebb, Wiseman nor French ever bother to explain how the claims of parapsychology “stand in defiance” of science, or how “physics and physiology say that ESP is not a fact.” Indeed, it is rare for a skeptic to ever back up this claim with specific examples. As I show in my book Science and Psychic Phenomena, on those rare occasions they do, they invariably invoke the principles of classical physics, which have been known to be fundamentally incorrect for more than three quarters of a century.

However, a number of leading physicists such as Henry Margenau, David Bohm, Brian Josephson, and Olivier Costra de Beauregard have repeatedly pointed out that nothing in quantum mechanics forbids psi phenomena. Costra de Beauregard even maintains that the theory of quantum physics virtually demands psi phenomena exist. And physicist Evan Harris Walker has developed a theoretical model of psi based upon von Neumann’s formulation of quantum mechanics.

Ray Hyman’s 1996 argument (in the Skeptical Inquirer) that the acceptance of psi would require we “abandon relativity and quantum mechanics in their current formulations” is thereby shown to be nonsense. Contrast Hyman’s statement with that of theoretical physicist Costa de Beauregard, who has written “relativistic quantum mechanics is a conceptual scheme where phenomena such as psychokinesis or telepathy, far from being irrational, should, on the contrary, be expected as very rational.”

Even before quantum mechanics began to supersede classical mechanics in the 1920s, many physicists were much more open to investigating psi phenomena than most psychologists seem today. An astonishing number of the most prominent physicists of the 19th century expressed interest in psychic research, including: William Crookes, inventor of the cathode ray tube, used today in televisions and computer monitors; J.J. Thomson, who won the Nobel Prize in 1906 for the discovery of the electron; and Lord Rayleigh, considered one of the greatest physicists of the late 19th century, and winner of the Nobel Prize in physics in 1904.

Of course, for their efforts in investigating these and other unusual phenomena, these men were often criticised and ridiculed mercilessly by their colleagues.

…the difficulty is at the level of physics, not at the level of psychology. Psychologists may be a little bewildered when they encounter modern physicists who take these phenomena in stride, in fact, take them much more seriously than psychologists do, saying, as physicists, that they are no longer bound by the types of Newtonian energy distribution, inverse square laws, etc., with which scientists used to regard themselves as tightly bound…. psychologists probably will witness a period of slow, but definite, erosion of the blandly exclusive attitude that has offered itself as the only appropriate scientific attitude in this field. The data from parapsychology will be almost certainly in harmony with general psychological principles and will be assimilated rather easily within the systematic framework of psychology as a science when once the imagined appropriateness of Newtonian physics is put aside, and modern physics replaces it.

This article was published in New Dawn Special Issue Vol 6 No 4.
If you appreciate this article, please consider a contribution to help maintain this website.